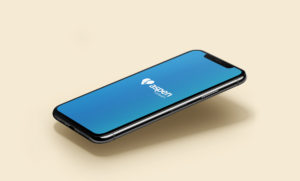 “What is your vision for the pharmacy profession?”

If I had a dollar for every time I’m asked this question, I’d be writing to you from a beach in Turks with a cocktail in hand.

I’m not suggesting that my perspective is that much more worthy than any other individual in the field, but I’d say it’s an indication for the appetite to know just how expansive (or not) the future is for our industry.

Here is where things get exciting.

Researchers and futurists recently suggested that up to 80% of all jobs in 2030 simply do not exist today. You read that correctly. In less than nine years from now, we’re looking at nearly 80% of net new jobs. Even if you apply some discount to that prediction, it’s still undoubtedly an exciting time for all industries, so why should pharmacy be any different? In the last few years, we’ve seen innovations aplenty – from robotics to artificial intelligence, virtual medicine to 3D printing. They’ve all found a real place in enhancing medication usage and require the input of highly trained pharmacists. Looking internally at Aspen RxHealth, we have created handfuls of distinct job descriptions for pharmacists that simply did not exist just 36 months ago. Couple that with the fact that we have thousands upon thousands of pharmacists actively working on our platform in ways they could have never imagined, and I’d say we’re embracing the futuristic state that is coming – ready or not.

Yet, it’s not lost on me that our close-knit pharmacy profession has been full of strife in recent years. If I set my rose-colored glasses aside and am honest about the factors driving negative sentiments, it boils down to three factors – workplace stress, compensation, and employment opportunities. You’ve likely seen these negative views played out on social media, commentaries within professional publications, and desperate calls for legislative reform at the state and federal levels. Specifically, the Pharmacy Workforce Center – a collaborative effort of multiple pharmacy stakeholders, conducted annualized surveys which have shown a significant shift in many aspects of pharmacist work life. The 2019 survey found that most pharmacists indicated it has become harder to find a job in their community with significant downward pressure on compensation. The authors of the study suggest that their findings reflect a “tightening labor market” driven by increases in the number of new pharmacists entering the workforce.  Between 2000 and 2016, the number of annual pharmacy graduates with first professional degrees doubled from 7,260 to 14,556. However, the Bureau of Labor Statistics has projected a 3% decline in pharmacist jobs between 2019 and 2029. Consequently, the profession has moved from a shortage of pharmacists to a projected surplus of pharmacists.

At Aspen RxHealth, we observed these challenges out in the industry and tackled them head-on by creating a gig-economy model in which pharmacists could act as providers and manage panels of their own patients. We believe in the power of entrepreneurship and the untapped value of clinically trained pharmacists. But don’t just take my word for it. Our model is paying dividends – with nearly 90% of our 5,000+ community saying they would refer a friend or colleague to join us on our mission. The value has been realized, and pharmacists are now being deployed and leveraged in previously unimagined ways…with so much more to come!

If the studies I referenced initially are true – even if accurate by only HALF – and nearly 40% of the jobs in 2030 do not exist today, pharmacists no longer need to accept the status quo. I see us all being active components of the change – and that is surely something to be excited about. As I believe it to be, the future of pharmacy is wide open and chock full of opportunities. If you’re ready to get off the sidelines and be part of the movement, I highly suggest joining our community and help us revolutionize how clinical pharmacy services are delivered.